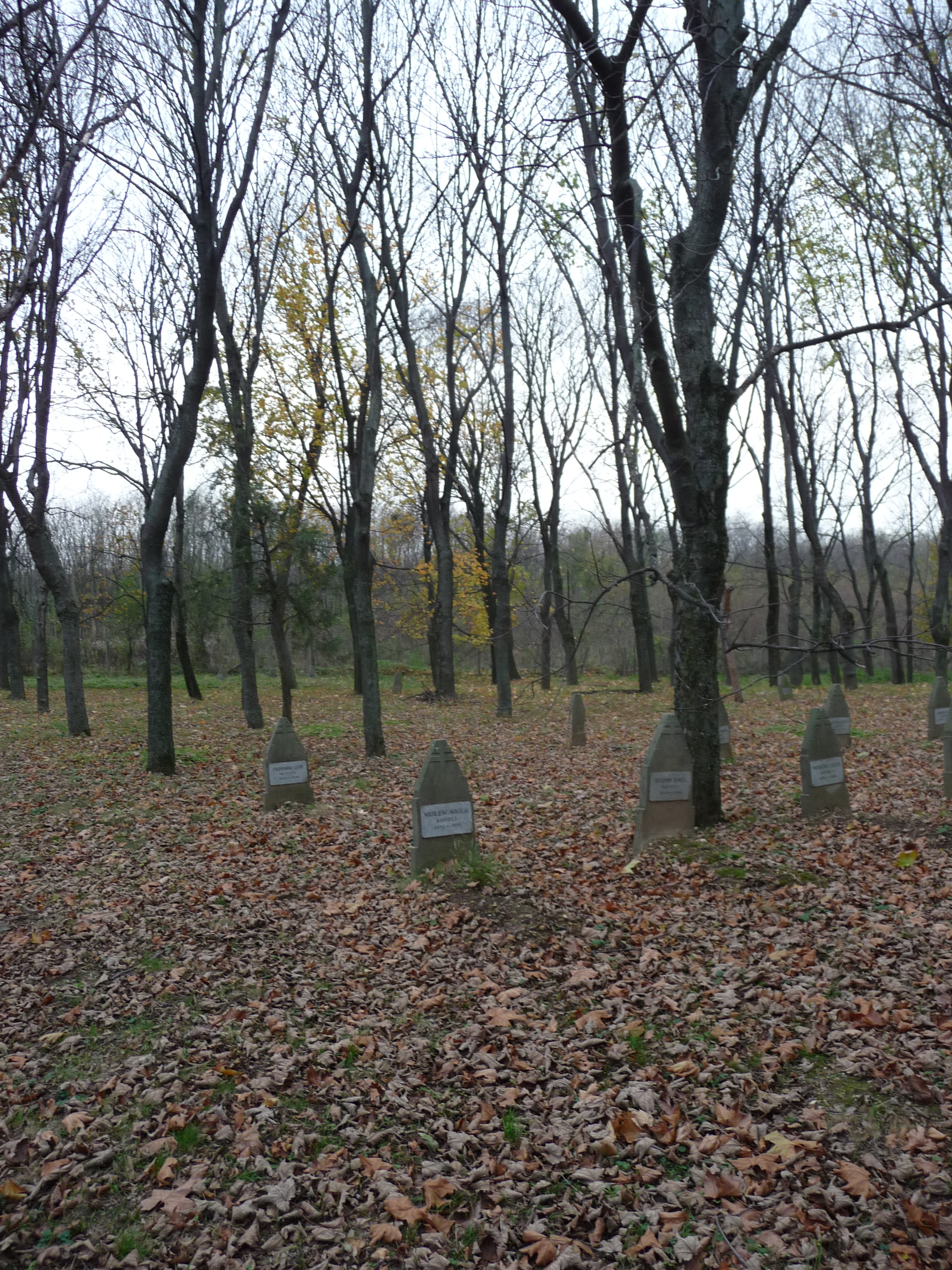 The (still open) prisoner-of-war camp near Csot in Veszprém, operational between 1915 and 1923, is preserved by the Kakukk-hill prisoner cemetery. The camp was completely destroyed in 1923, after the barracks, post office, hospital, officer casino, cinema and even the watch tower, all disappeared. The history of the camp is somewhat different from other camps in Hungary and is divided into three periods. Between 1915 and 1918, the camp kept mainly Russian, Polish and Italian soldiers that were captured on Monarchy land. Then, between 1918 and 1919, it first became a collecting camp for soldiers running from the Romanian Royal Army and later it functioned as a demobilisation point for soldiers returning from Italy, France, England and (mainly) Russia. Not many documents remain about life in the camp, but the onsite War History Archives contains written evidence that is special. They have an archive from 1961 consisting of 15 interviews with ex-war prisoners and ex-workers.
Besides the documents, a memory room was set up at the settlement. Its objects and furniture give the evidence to life at the camp.